Learning and culture are something we often only associate with human. If we only observe a bit more, many other mammals also exibit these traits. On top of that, scientists have even documented such behavior in crows.

Through observations, crows have learned to acquire new skills. These new skills are only found in a small community of crows in Tokyo; hence defining a distinct culture within that community. Crows in Japan learned and shared how to utilize traffic patterns to crack nuts and ensure their safety from being run over. Crow in this video figure out a particular skill set to get food through logical reasoning.
Other example of mammal learning and culture includes: Dogs in Moscow learned how to use the subways to find food. A small community of dolphins learned how to clouded water to trap fishes.

Posted by Jason Huy Lam at 7:44 PM No comments:

The massive Ponzi scheme of all time recorded in human history shall be realized sooner or later. They are these colossal social security guarantee and the federal and state pensions funds.
Definition of Ponzi scheme: A Ponzi scheme is a fraudulent investment operation that pays returns to separate investors from their own money or money paid by subsequent investors, rather than from any actual profit earned.
The people of our generation are obligated to pay into this massive poorly manage funds while having no chance of reaping any return from it. These subsequent investors like us are those will take the 100% lost.
On top of that, the top currency manipulator can be portrait here right on this chart below. The greatest expansion of U.S. dollar has literally skyrocketed from $800B to $2.2T and counting. Almost tripling the monetary based. From a simple economic equation
GDP = V * M where V is velocity of money, and M is monetary based.
V decrease in the recession, but with this massive increase in M, we kept seen a stable grow in GDP. This is a fake, drugged up, steroid-ed injected grow which look great on paper but rotten inside. 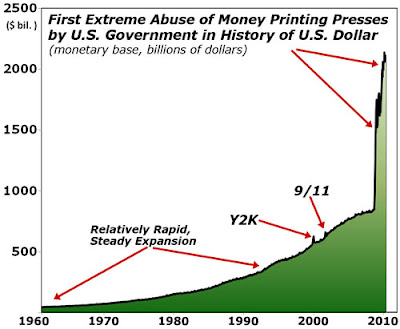 Posted by Jason Huy Lam at 9:53 PM No comments:

It is interesting see what google suggest gives you as you are typing your search. It is reflecting the most common searches used by people.
Ranking number one are for those confused ladies trying to figure out what is in the boys' head. 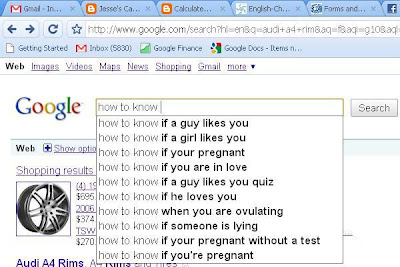 Posted by Jason Huy Lam at 9:26 PM No comments:

Email ThisBlogThis!Share to TwitterShare to FacebookShare to Pinterest
Labels: just for fun

Crows have been known for their ingenuity for thousands of year. Recorded in folk tales and fables. It is amazing to witness their quick adaptation to the urban environment as the force of evolution propels changes and creativity.
Posted by Jason Huy Lam at 10:26 PM No comments:

Which element are YOU? (Part4 - Earth) 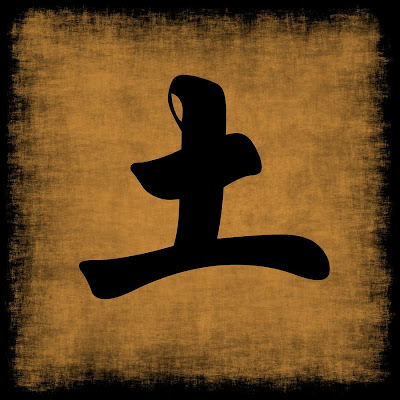