In the past four months to the next four will remain a reconstruction period after the invasion. Following the invasion, there is massive change the troop recruitment process. The existing barrack has terminated contractual agreement. The training pipeline began to empty out in early September. A new privately own barrack has been under construction since May. Bureaucracy and red tape has finally been over came in early August. A small training of troop has begin mid August, it was not until mid September that full training started to take place. As the private barrack, all matter of taxation, health care, research and development are to be manually managed. For the first 4 months, as the pipeline is still empty, output will be in bulk and sporadic. The projection of step troop output will be in mid January 2015.

Since my departure of the middle city, there has been massive drain of capital and de-vestment from business leaders. Two major contracts are terminated and I scramble to search new contracts and capital investment. The revenue from the middle city become unstable and constantly requires attention. Lucky enough during my departure, I was able to find a successor to my contract. During October, two new contracts felt through within the first 3 days. I was able to scrap a few bucks or two from early termination. The one contract was a good one and going strong. Now deep in November, i am still working on securing the remaining contract. Revenue from the city is still not yet steady.

With all the changes in both establishing a private barrack and city contract disturbances, reconstruction cost constantly requirement more resource and troop. The new city foundation was uneven that can't support any flat surfaces. Over 2,000 troops were deployed for that operation. Other small unexpected spending added up almost 1,000 troops. That includes electrical system, plumbing install, and day labors. By November, most of the infrastructure spending is complete. For the next 4 months, reconstruction efforts will be focus on furnishing the city. Deploying troops to add additional services to the city. Washing and drying services, refrigeration service, broad casting network, high speed internet and parks. A rough estimate of 5,000 troops.

The aging armored vehicle has been problematics for over two years. With no troops or resource available, financing option has to be considered to replacing the aging fleet of armored vehicles. 25,587 mercenaries are hired at 0.9% compensation for 36 months to build a new fleets. 720 troops are utilized each months for the next 36 months to up manage the construction of the fleet and overseeing the hired mercenaries

All available resources are committed for many ventures and investment. It is critical that the city generate a steady revenue, while the barrack provide steady stream of trained marine. 20,000 troops are expected to deploy oversea before lunar new year 2015 in February. Another 5,000 committed for new city reconstruction effort. Each month, to maintain operation, the minimal troop requirements is now at 4,000 troops. Maximum output of trained troop is at 9,700 troops. It is a tight margin to meet those deployment schedule above.
Posted by Jason Huy Lam at 12:05 AM No comments:

Through the first experience renovating my first home, it was a pleasant experience. I had one contractor which is a dad of a friend to do a few tile work. Other minor works were fun and enjoyable. Managing a single competent contractor was easy and rewarding.

When I took on a second project at my second condo home, it was completely different stories. Learning from the hard way, I dealt with multiple contractors and suppliers. Learning the insight into how to read people, judge their competency. The hardest part is how to bring the best out of them rather then seeing the worst of it. Even with multiple attempts, i couldn't get the results I want. Was it that I was too demanding? Wasn't I clear? was my expectation too high? or was it simply that I didn't select the right people. There are definitely a few lesson learned. However these aren't the best results as I want.

Trust my gut instinct sometimes and only give people ONE second chance and no more. Due to my own insecurity and worry that I plowed ahead giving too much trust to the expert who really doesn't know much.


These lesson above there distill from the experience with two contractors, which totally disappointed me to the point I never want to see them again. Some sign of indication
The second experience
It was a total disaster after the first cement section. Using the wrong tool, leveling too much cement, taking short cut, not grinding. Must monitor their workmanship, can't trust they do it right.

http://www.kicklotto.com
1. Kicklotto is a new way to fund a lottery pool together
Kicklotto is the first official lottery pool manager that leverages the crowd funding model.  Currently we establish pools for two major lottery system: Mega Million and Power Ball.  With the power of crowd funding, we aim to maximize our chance to win the Jackpot.  Everyone is familiar with an office pool; why not take it to the next level and take the pool to the cloud.  With clearly documented legal agreement, Kicklotto is legally binding to our our terms and conditions.  Find your pool, jump in and hit the Jackpot.
2. Each pool is independently managed
Kicklotto is a platform and a resource; we’re not involved in the lottery drawing.  We will use the pool fund to purchase lottery ticket from authorized locations in Virginia.
3. Together,  swimmers fill up the pool
Each pool has its funding goal, selected charity, jackpot amount and of course the deadline.  If people like a particular pool, they can pledge money to be part of the pool.  Funding on Kicklotto is all-or-nothing — pools must reach their funding goals to execute the lottery purchase.  All-or-nothing funding might seem difficult, but it’s to ensure swimmers of the pool get the best odd at winning the Jackpot.
4. Backing a pool is more than just buying lottery ticket
By the power of crowd funding, there is an increase in the order of magnitude of winning the Jackpot.  Not only does the pool enrich every swimmer, but at the same time it can help support selected charity organizations.  The Kicklotto platform enable a small amount of seed fund to magnify itself by winning the lottery.
5. Our mission is to hit the Jackpot
Kicklotto is a new start up based in Fairfax, Virginia.  We spend our time making Kicklotto a little bit better every day, answering questions from swimmers, and finding new charities to support.  If a pool is successfully funded, we apply a 12% fee to the funds collected to cover our operation cost; mainly all the credit card transaction fees.  The remaining balance is used to purchase lottery tickets.
We believe that our pool crowd funding model gives a huge edge for the swimmers, and we’re thrilled to also support charities along the way.  Building a community of swimmers around a pool is a win win situation. 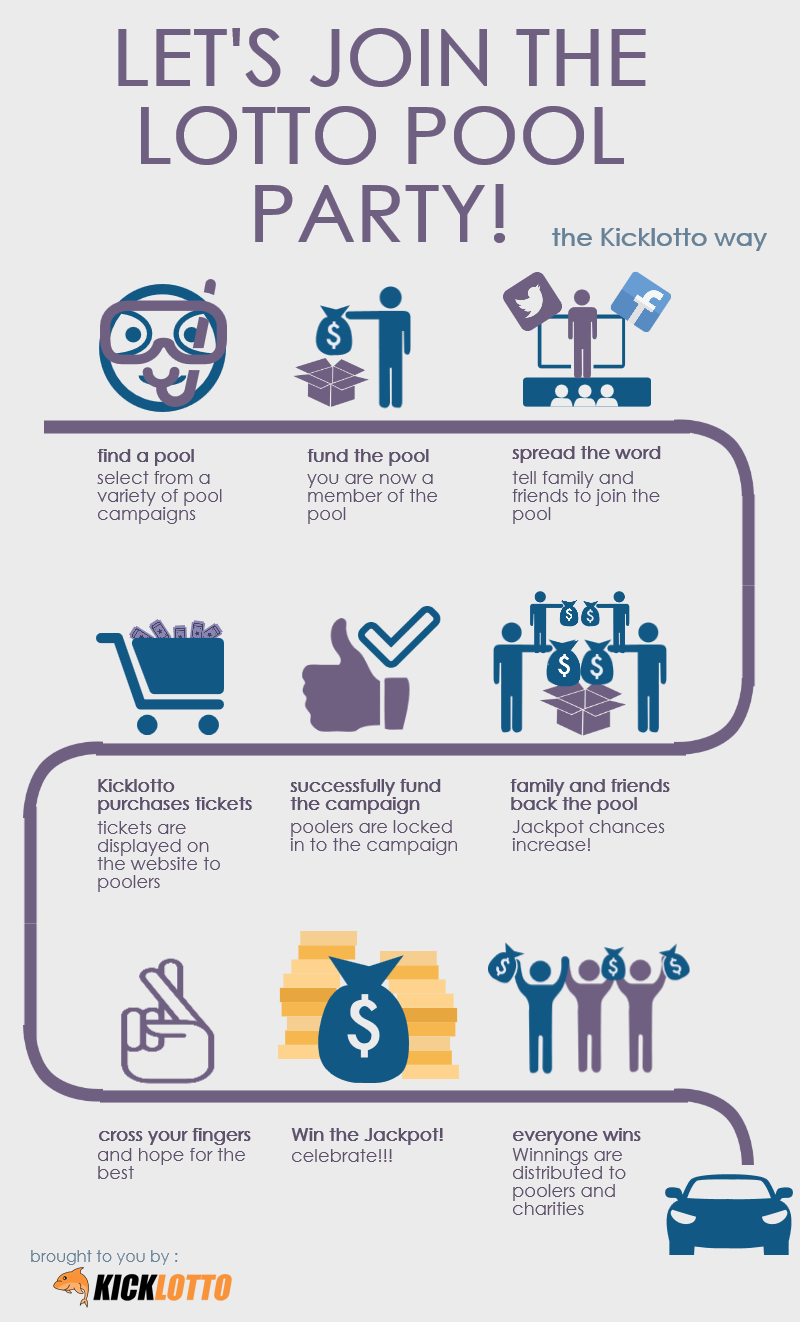 Quite cool to see the interbreeding between the human family tree. Today they also found out the Han Chinese has interbreed with Denisovans about 40,000 year ago as well. 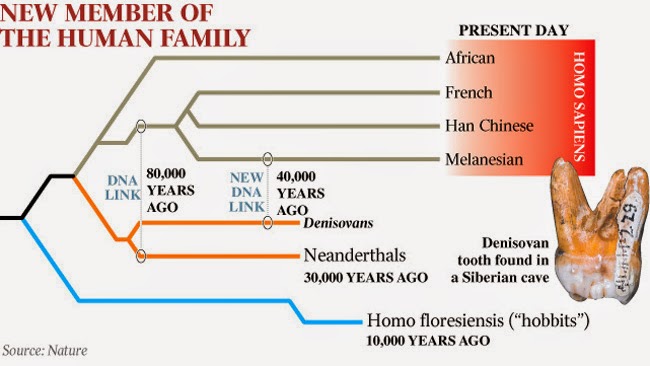 Posted by Jason Huy Lam at 9:00 PM No comments:

A Call to Arms

About a month ago, I deployed 5,000 troops to the front line to secure a contractual agreement. The served as the paratrooper that survey the perimeter and secure the position for the full assault later this month. During the past month, I secure 74,000 mercenaries and 20,000 allies troop to assist on the final assault. Along with 43,000 of my own garrisoned troops, I launch the final assault today, a total for 137,000 troop joined force with the 5,000 already at the front line. There is an immediate 2,000 casualties, following by a swift victory. From occupying this new city, I have converted or recruit 15,000 troops from the population. The current city garrison capacity is at 156,000 troops. This new city can train and generate up to 1,400 troops a month. There is a 250 troops tribute requirement to join the loosely federated city states association. This troop contribution provides security, public water, trash, clearing of the federated states. There are much reconstruction to be done on this city that would need an additional 20,000 troops. After that the city can garrison up to 185,000 troops. There also needs an exit strategy for all allies troops and mercenaries. Starting Oct, 2014 1,500 allies troops are planned to leave the city every month. All allies troops will exit the city by the end of 2015. Based on the mercenaries contract, it requires a return of 1.5% of garrison mercenaries every month. All mercenaries troops shall exit the city by 2018.
Posted by Jason Huy Lam at 10:27 PM No comments:

Quite a harsh quote from a billionaires but make the point -  "Well, after struggling for a year and if your second year salary is still RMB 2,000, then that means you have not grown as a person. You should be really ashamed of yourself. Do yourself a favour and go to the supermarket and buy the hardest tofu. Take it and smash it on your head because you deserve that."


http://therealsingapore.com/content/hong-kong-billionaire-li-ka-shing-teaches-you-how-buy-car-house-5-years
Posted by Jason Huy Lam at 10:58 PM No comments:

GPD is all about CONSUMER SPENDING. Keep spending "not" your money and make wall street and government rich.

http://business.time.com/2014/02/19/federal-reserve-debt-bankrate-consumers-credit-card/
Posted by Jason Huy Lam at 9:38 AM No comments:

Margin Debt at all time high

http://www.advisorperspectives.com/dshort/updates/NYSE-Margin-Debt-and-the-SPX.php
Posted by Jason Huy Lam at 10:52 PM No comments: